Why are precious metal articles hallmarked?

Any pre-1950 item may now be described and sold as precious metal without a hallmark, if the seller can prove that it is of minimum fineness and was manufactured before 1950.

What is a Hallmark?

Until 1998, a Hallmark consisted of four COMPULSORY MARKS.  Since 1998 the date letter has become optional but the other three symbols remain compulsory. The symbols give the following information:

This shows the fineness of the metal – ie purity of the precious metal content in parts per 1000 in relation to the standard recognised in the UK. For example 750 parts per 1000 by weight is equivalent to the old 18 carat gold standard. The alloy must be at least 750 parts per 1000 to be marked as such. There is no negative tolerance. 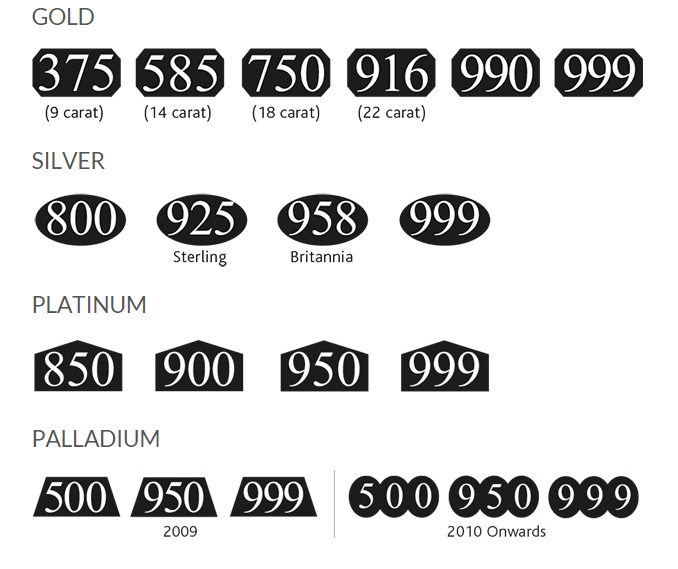 This symbol shows which Assay Office tested and marked the item.